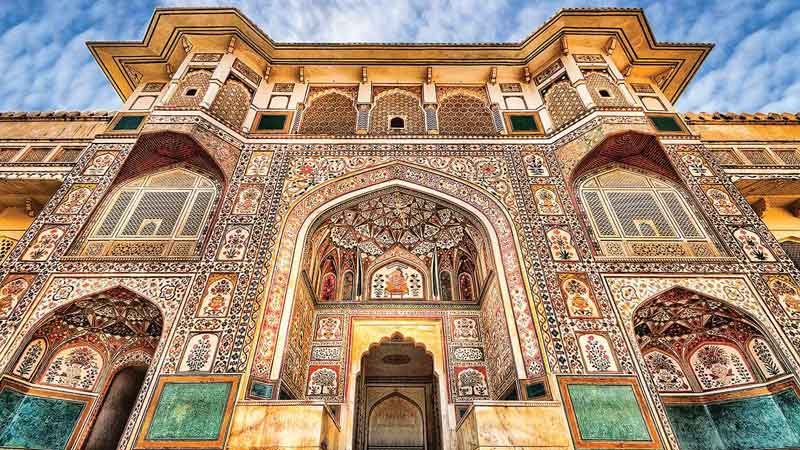 India is a land of great and affluent rulers. They had accumulated immense wealth and always built beautiful palaces for themselves. Forts built by them not only spoke about their prosperity but also symbolized their valor and victory. Bikaner Fort known as Junagarh fort is a great example of this. Here is a list of five majestic forts in Rajasthan:

1. The unconquered one: Junagarh Fort

Junagarh Fort is located amidst the Thar Desert and was built by Raja Rai Singh in 1594. Originally it was called Chintamani. This Bikaner fort is itself a very beautiful and one of the few forts that are not built on a hilltop. But other than Junagarh fort there is so much to see one can vouch for. Within the vicinity of the Bikaner fort, there are seven other palaces to entertain you. Phool Mahal, Anup Mahal, Bikaneri Havelies, Ganga Mahal, Badal Mahal, and Chandra Mahal.

Mehrangarh Fort is located in Jodhpur. It is one of the largest forts in Rajasthan. The fort was built by Rao Jodha in around 1459. The fort is situated four hundred and ten feet above the city and is enclosed by imposing thick walls. There are several palaces inside the boundary of the fort known for their wonderful carvings and beautiful courtyards.

The Fort of Chittorgarh is one of the largest forts in India. It is declared by UNESCO a World Heritage Site. It was once the capital of Mewar. The fort is located in the present-day town of Chittor. It spreads over a hill. The fort houses several historical palaces, gates and temples.

Situated in the Rajsamand district near Udaipur of Rajasthan state in western India, Kumbhalgarh is a Mewar fortress on the westerly range of Aravalli Hills. It is one of the most important forts in Mewar. It has been declared as a World Heritage Site. The fort was built during the course of the 15th century by Rana Kumbha. The fort has the second longest wall after China. The view of the fort with its wall is picturesque. Kumbhalgarh is very much accessible to everyone as it is only 80 kilometers away from Udaipur by road.

Amer Fort is located in Amer, Rajasthan, India. It is said that the town of Amer and the Amber Fort was originally built by the Mairs. The fort was later ruled by Raja Man Singh I. It is located on a hill and is visited by various tourists in Jaipur. The fort is visited by many foreign tourists.

Know more about the forts and particularly about Bikaner fort and Hotels in Bikaner in our blogs.